Art & Architecture in the DDR

Multicultural friendships, education, science and space travel: the leitmotifs of socialist iconography preached the great potential of its people and brought colour and texture to the drab prefabricated concrete slabs of the socialist cityscape.
Architecture was the ultimate articulation of GDR planning principles and cultural policy, as a medium through which the state could disseminate their power. Kunst Am Bau, as the material manifestation of the overlap between politics, culture and social life, became an integral component of socialist city plan- ning and cultural policy. Often dismissed as mere political propaganda, Kunst Am Bau also represents optimism in a turbulent period and dreams of sharing a harmonious existence with the world.
This guided jaunt traces the ideals and realities of GDR society through Kunst Am Bau in and around East Berlin’s most prestigious address, Alexanderplatz. In the process of admiring the few remaining examples and themes of this rapidly fading artistic form, we will take a critical look at the disparity between socialist life as advertised and the state of things as they actually existed, the history of the socialist building and cultural policies, and the present day conditions they face as remainders and reminders of the socialist regime. 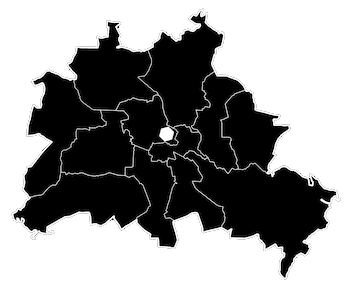 DOWNLOAD DRIFTER TO DISCOVER THIS TOUR
AND MANY MORE